“Do you mind taking a look at one of my students?  He just can’t seem to stay in his chair…”

As a school based Occupational Therapist, I hear this question at least twice a week.

For the most part, kids are expected to sit at their desks in the classroom. There are times when the class breaks up into groups and move around to sit on the floor, etc., but for the rest of the day, they are supposed to sit in their seat.

END_OF_DOCUMENT_TOKEN_TO_BE_REPLACED 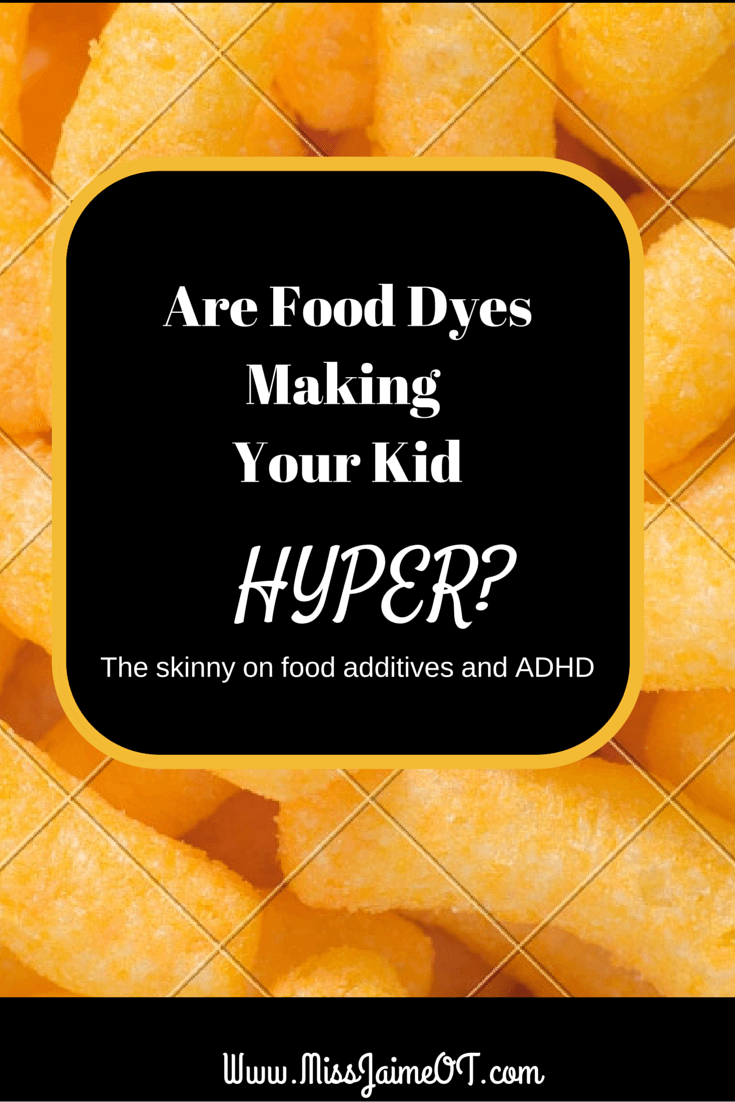 Many people are busy following through on their resolutions at this time of the year, and MANY of those resolutions involve getting healthy, eating well, and exercising.  Parents nowadays are often struggling to find the balance between making sure their children get nutritious meals and finding the time (and money) to create those healthy non-processed delights.

Health trends change all the time, but it seems like the drive toward non-processed and organic foods is here to stay. Specialty stores like Whole Foods, Fairway and Trader Joes are flourishing all over Long Island.  Many parents with children with special needs are aware of all the research out there in regards to limiting sugar, going gluten free, and even decreasing dairy.  However, a topic that is on my mind right now is Food Dyes and their effect on Hyperactivity.

This blog post is based on my opinion and my research and is not meant to take the place of an important conversation with your family  physician if you have concerns about your child’s dietary needs.  But, I found a few articles that I thought were very interesting and I decided to share my findings to give you some info and/or food for thought.

Many parents are willing to try anything rather than put their child on a daily medication.  Who could blame them?!  There are side effects and long term implications that would scare anyone.  Unfortunately, sometimes a child’s hyperactivity and distractibility can severely limit their ability to participate in their daily classwork and then Mom and Dad are faced with a tough decision.   There are other alternatives, including counseling, supplements, and biofeedback.  But what if just changing the food that you serve your child could help them have a more productive school day?  Wouldn’t that be awesome?

So…. here is the skinny on the food dye and hyperactivity controversy.    In the 1970’s the “Feingold Diet” became a very popular diet for kids with hyperactivity.  Dr. Ben Feingold, an allergist, wrote a book called “Why Your Child is Hyperactive” which ended up becoming a bestseller.  Dr. Feingold died in 1982, but the controversy about his ideas regarding hyperactivity and diet are still very real.  Some parents swear by the diet; reporting improved sleep, decreased aggression,  and increased attention in their ADHD child.   Feingold’s diet eliminates synthetic food dyes, artificial flavors, and some preservatives.  It is definitely a big commitment for parents who decide to go that route.  Today, the Feingold Association is a support group for parents to help children with ADHD through dietary changes.  If you decide to try it, you definitely need to do your research.  Even medication can have artificial coloring!  The website www.Feingold.org is a wealth of information about how to start eliminating synthetic food dyes, preservatives, and artificial coloring from your child’s diet.

Studies for and against the Feingold Diet have popped up.   In the early 1990’s studies in medical journals reported  that food sensitivities are a responsible for over 70 percent of ADHD symptoms.  But, food allergies often develop slowly, so the correlation may bot be obvious right away to a parent.    In 2010, the U.S. Food and Drug Administration (FDA) reported that food coloring may exacerbate certain symptoms of  ADHD in some children. But, the FDA says that it doesn’t affect enough of the population to do anything about it.  But does it affect your kid?  The FDA apparently puts the synthetic food coloring additives through a tough process to ensure that the coloring is safe.  Each batch is tested for contaminants such as lead when they are produced.  LEAD!  That sounds weird to me! Why would lead be in my food?

Because synthetic food dyes are actually made from petroleum.  Okay, in fairness, it’s not petroleum like we get at the gas station, but still!  That statement right there makes me want to be more careful about food dyes and artificial coloring.  Gross!

There are nine FDA approved synthetic color addiditives that are used in our food in the US. However, these three make of the majority of the food coloring in our food: Red 40, Yellow 5, and Yellow 6.  Other dyes to avoid are Blue 1, Blue 2, Green 3, Orange B, and Red 3. In the 1970’s Red 2 was found to be a potential carcinogen and is no longer allowed in the USA.

Last year, a study at Oregon Health and science University in Portland found that the link between food dyes and increased ADHD symptoms in children affected 8 percent of those diagnosed.  That means that hundreds of thousands of the 5.9 million American children that are diagnosed with ADHD could be helped by eliminating synthetic dyes from their diet.  Isn’t that  amazing?

Feingold was an allergist.  He detected that these “hidden” food allergies were causing kids to have poor behavior and attention, sleep patterns and more.  When you think about how many children have severe allergies nowadays compared to twenty years ago, it only makes sense!  Something has changed to cause this.  Why are kids so prone to allergies?  And if they are, could something simple like food dyes be impacting their health without your knowledge?

What’s even more amazing (and annoying if you ask me) is the fact that the FDA does not require food labels to be complete!  The Feingold Association also recommends eliminating artificial flavors (even vanilla), artificial sweeteners like  aspartame (Equal & Splenda) and preservatives (BHA, BHT, and TBHQ).

So how are you supposed to eliminate these offenders when they may not even be labeled properly?  Hmm.  Apparently, to be an approved food for the Feingold Association, manufacturers need to fill out a ton of paperwork about everything in their foods.   Doesn’t it seem like all food manufacturers should have to go through this process? I mean, do we even know what we are eating?

Since the 1950’s, the amount of food coloring in our US foods has increased by 5 times.  5 TIMES!  That’s crazy.  Want to hear something even more annoying?  Companies such as Kraft, Coca-cola, Walmart, and Mars have taken artificial coloring out of the products that they produce for the U.K., but have done nothing to change their products for America. Why?  Because European countries have banned food dyes.  A perfect example would be Fruit Loops, which have all 4 dyes that have been banned in Europe.  Still, Fruit Loops are exactly the same for us Americans.  I would love to see some statistics on hyperactivity and ADHD over there compared to here.   Hmm.   Most of the brightly colored snacks like Doritos, Skittles, and Mac and cheese are pretty obvious.  But,  even “healthy” snacks  often contain food dyes.  So that means that parents who are trying to feed their kids common “healthy snacks” are actually unintentionally giving them food dyes.  Even Yoplait yogurt and fiber one bars are guilty of it.  Oh, did I mention that many of the countries whose government banned food dyes also have governments which provide health care?  So, the European government stands to lose money if their people get sick from food dyes.  The U.S. Government actually makes money when Americans are sick.  Hmm again.

Feingold was an allergist.  He detected that these “hidden” food allergies were causing kids to have poor behavior and attention, sleep patterns and more.  When you think about how many children have severe allergies nowadays compared to twenty years ago, it only makes sense!  Something has changed to cause this.  Why are kids so prone to allergies?  And if they are an “allergy-sensitive” kid, could something simple like food dyes be impacting their health without your knowledge?

I hope this blog was an eye-opener for many parents.  It certainly was for me!   I’m thinking that if I want to stick with my own personal resolution of being healthier and eating less processed, artificial foods, I need to re-vamp my pantry!  Sorry for my random theories but when you blog, your thoughts are said out loud!   Again, this post is only meant to get your thinking.  If you have legitimate concerns for your child’s health, make an appointment to speak with your family doctor or allergist. 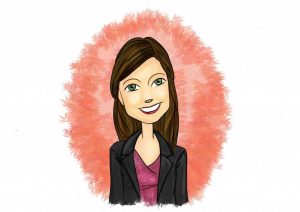 Please comment if you have any other input for our readers!  I’d love to hear from you ! 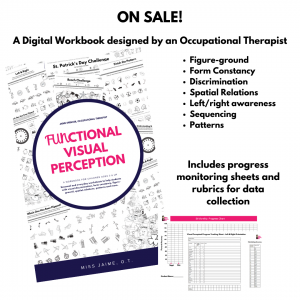 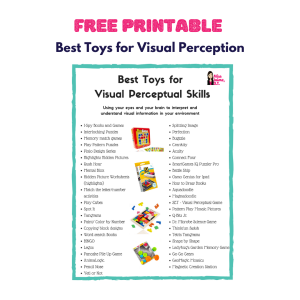 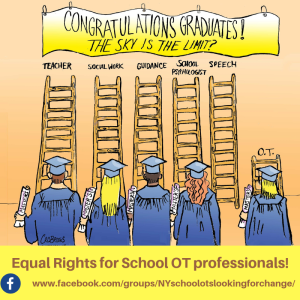 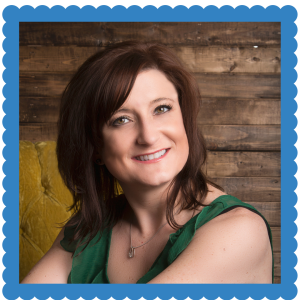 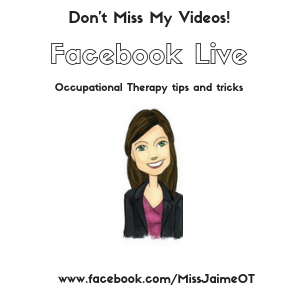 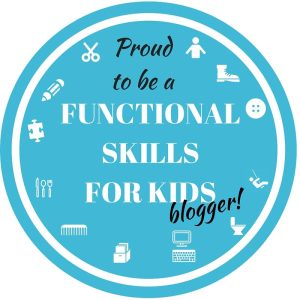